Overview: Stocks were marginally higher across the world last week, as accommodative monetary policy and fiscal stimulus continues to fuel markets across the globe. Emerging markets led the way, with the MSCI EM index up 1.6%, while international developed stocks were up 0.7%. In the U.S., the S&P 500 index rose 0.6% over the past week. From an economic perspective, the highlight of the week here in the U.S. was the payroll report. Nonfarm payrolls rose by 559,000 in May, significantly below consensus, but higher than the weak 266,000 number from April, when close to a million jobs were expected to be added. Meanwhile, the unemployment rate declined from 6.1% to 5.8%, in-line with expectations. U.S. initial jobless claims continued their downward trend, falling to a lower-than-expected 385,000 for the prior week, the lowest level since the start of the pandemic. The recent weak payroll reports have actually been positive for the markets, as investor concerns of a shift to tighter monetary policy are eased. In the bond markets, interest rates rose briefly on the announcement that the Federal Reserve will wind down its corporate bond portfolio (called the Secondary Market Corporate Credit Facility) but recovered to end the week at 1.56%.

Growth vs. Value Stocks (from JP Morgan):  As we head into summer, one of the most frequently asked questions is whether the value vs. growth trade still has room to run. To answer this, one should start by looking at relative valuations. Valuations continue to signal that value looks cheap relative to growth, with the ratio only just recently rising to one standard deviation below its long-run average. One might have expected that the outperformance of value since late last year would have done more to close this valuation gap, but the story has been heavily influenced by earnings. Breaking down the total returns of the Russell 3000 growth and value indices from March 2020 to present shows that growth’s outperformance was primarily driven by stronger profit growth, which accounted for 23.8% of returns compared to 14.4% for value. This comes as no surprise given that the industries most acutely affected by the pandemic (banks, airlines and oil) are some of the largest components in the value investment style and saw earnings crumble last year. However, value-oriented sector earnings tend to be more correlated to gross domestic product (GDP) growth than their growth-oriented counterparts, which suggests that a solid year of economic growth should support robust profit growth among the value-oriented sectors. This, combined with higher interest rates in the second half, suggests that value stocks can further extend their outperformance relative to growth into the end of 2021. 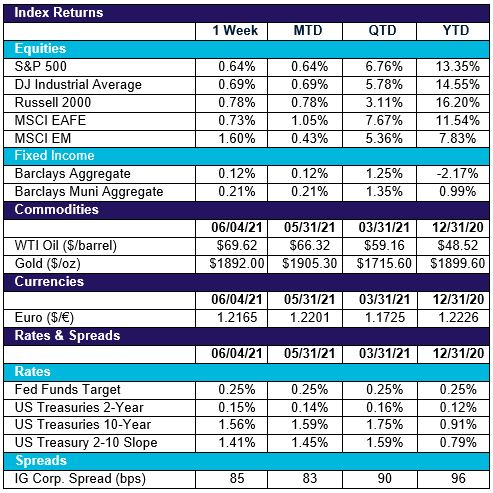