Overview: Stocks around the world were mixed last week, with U.S. stocks falling and international stocks leading the way with positive returns. International developed stocks (MSCI EAFE) and emerging markets (MSCI EM) had positive 1.3% and 4.7% returns, respectively, with emerging markets buoyed by a strong rebound in returns in the China markets. In the U.S., the S&P 500 index was down 3.3% as investors brace for more interest-rate hikes following last week’s Federal Reserve meeting. At the meeting, the Fed announced a fourth-consecutive 75 basis point (0.75%) rate hike, as Chairman Jerome Powell remarked it was “premature” to pause interest-rate hikes in the battle against four-decade high inflation. Interest rates rose on higher terminal rate expectations, with the 2-year and 10-year Treasuries finishing the week at a yield of 4.65% and 4.16%, respectively. In economic data, October non-farm payrolls increased by 261,000, above consensus expectations of 210,000, while the unemployment rate rose from 3.5% to 3.7%. Average hourly earnings rose 4.7% year-over-year, suggesting wage growth may still pressure inflation. Fed officials remain concerned wage pressures may lead to a cycle of more inflation, where workers push for higher pay and companies raise prices to cover the costs of these higher wages. With September job openings (JOLTS) rising to 10.7 million, the uptick in job vacancies has contributed to the supply and demand imbalance that has driven robust wage growth. As investors continue to monitor growth and inflation for clues to future Fed action, this week we get data on October inflation. Consumer prices (CPI) are expected to increase 8.0% year-over-year, down from an 8.2% reading in September.

Update on Rate Hikes (from JP Morgan): Fed Chairman Jerome Powell's hawkish rhetoric at last week's meeting signaled any sort of pausing seems premature, and the runway for rate hikes may extend further into 2023 than many expect. The October Jobs report saw a stronger-than-expected gain of 261,000 non-farm payroll jobs. However, with the unemployment rate edging up to 3.7%, the stubbornly tight labor market may be gradually softening. This notion was further supported by the wage data; although average hourly earnings increased 0.4% m/m, this cut the y/y increase to 4.7% in October from 5.0% in September. This surprising relationship between labor demand and wages sends a key message to the Fed: the labor market’s persistent tightness is not necessarily causing an acceleration in inflation, yet merely slowing the highly anticipated deceleration. While wage growth has remained steady on a month-over-month basis, there has been significant dispersion at the industry level. While there are signs of a slowdown in the goods-producing sectors, particularly the mining and logging industries, construction wages remain robust. Additionally, the report pointed toward continued strength within services-oriented sectors, further highlighting the economy still is running hot in certain areas. In particular, transportation and warehousing saw a 0.7% m/m increase in wages; this is primarily due to a chronic lack of workers for these roles, higher transport volumes and continued supply-chain constraints, which have been further complicated by the low water conditions in the Mississippi River. Beyond transportation, wage growth in information and financial activities has kept pace as well.

Despite some cooling in the employment report’s headline wage numbers, continued momentum in the labor market, along with a robust CPI report expected next week, should keep pressure on the Fed to maintain an aggressive stance in its effort to combat inflation. 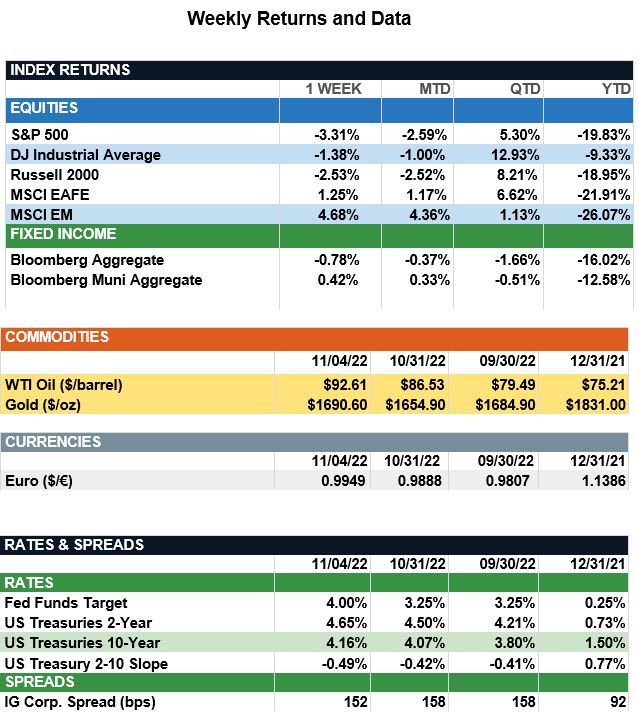